n [Interview] How to Promote Natural Birth Control, Raise $119K in 30 Days, and Call Out the Toxicity of “The Pill” — Even When the World Seems to Be Against You | Anti-Marketing Manifesto

[Interview] How to Promote Natural Birth Control, Raise $119K in 30 Days, and Call Out the Toxicity of “The Pill” — Even When the World Seems to Be Against You 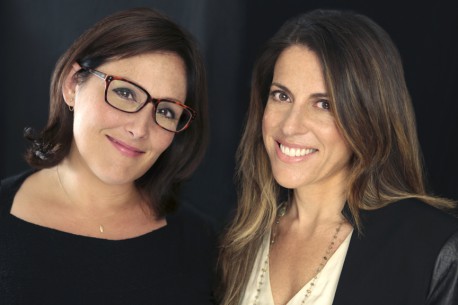 An Interview with “Sweetening the Pill” (a Documentary-in-Production)
Director, Abby Epstein

“Sweetening the Pill” is a documentary-in-production that will bring awareness to the dangers of hormonal birth control (i.e., The Pill) and empower women to make more informed choices about their bodies and their health. Executive produced by Ricki Lake, directed by Abby Epstein, and based on the book Sweetening the Pill or How We Got Hooked on Hormonal Birth Control by Holy Grigg-Spall, the documentary is currently in production and due for release in late 2017.

I love this topic and think it will be a game-changer for women all over the globe. Personally, I WISH someone had opened my eyes to the dangers of the Pill before I ever started taking it, years ago. I’ve always been pro-health, pro-organic, taking health supplements and detoxing on a regular basis. Yet in my 20s, I swallowed one Ortho Tri-Cyclen pill (a contraceptive) each day — religiously — for 7 years straight. My fear of getting pregnant was greater than the concern of, “What is this pill actually doing to my body and my health?”

It took the convincing of a nutritionist in 2011 to finally get me to ditch the Pill. It was a tough decision for me. Growing up, I’d seen most of my cousins getting pregnant and having kids by the time they were in high school. I didn’t want to share that same fate. I didn’t want kids unless I was absolutely ready.

“You’re engaging in all these healthy lifestyle habits, so why the hell are you on the Pill?” the nutritionist asked me point-blank. “It’s toxic. It’s a prescription medication. You’re taking this drug, yet you’re not even sick.”

I remember how shocked I was, realizing she was right — taking this “drug” was completely incongruent with my own values of health and wellness. Not once had I ever stopped to ask, “What if there’s a NATURAL way to prevent pregnancy, with the same level of efficacy, without having to take this toxic pill?”

All it takes is one eye-opening question to change someone’s life. From that point on, I stopped taking the Pill and never looked back.

That’s why when I heard about “Sweetening the Pill,” a documentary-in-production, I was immediately intrigued. The filmmakers are bravely asking the tough questions about hormonal birth control, while drawing attention to an outdated status quo. “How can something that severs you from your most primal and natural identity be empowering?” asks one woman in the film’s trailer:

As an “Anti-Marketer” and health advocate, I knew right away that the world needs to hear this information. So many women have conscientiously made their lives healthier, greener, and more sustainable — but many haven’t even begun to consider what the Pill is doing to their bodies on a hormonal level. This area of knowledge seems to be “the final frontier” in greening women’s lives.

“In the fifty years since its release, the birth control Pill has become synonymous with women’s liberation and has been thought of as some sort of miracle drug,” said Lake and Epstein in a Deadline.com interview. “But now it’s making women sick and so our goal with this film is to wake women up to the unexposed side effects of these powerful medications and the unforeseen consequences of repressing women’s natural cycles.” Amen!

I initially heard about Sweetening the Pill through an email list I was subscribed to. The list owners were promoting a Kickstarter campaign to raise money for the documentary’s production costs. Kickstarter is popular crowdfunding website that gives anyone the ability to bring creative projects to life, by soliciting funds from people who support the project. It’s considered by Forbes to be “a mainstream fundraising model,” having attracted over 5 million contributors pledging almost $1 billion in funding for over 55,000 projects, in less than 5 years.

The “Sweetening the Pill” Kickstarter campaign successfully raised $119K over a 30-day period. Curious as to how they accomplished this, I reached out to director Abby Epstein for an interview. She shared her insights on how the STP team met their financial goal, overcame the resistance they’ve met along the way, and how “Direct email is the best way to attract backers.” This confirms what I’ve been saying for years: Forget building up your social media profiles. Forget chasing after likes, clicks and followers. Instead, focus on building a targeted email list of people who support your message 100%. That’s where the real money and success is. This is also consistent with the success my clients have experienced.

“We’ve already had clips from the film rejected by major TV networks and websites because the content poses a conflict for their pharmaceutical advertisers,” Epstein told me. This didn’t surprise me at all…as Big Pharma makes its fortune by selling dangerous prescription drugs to people who don’t need them. They have an entire nation hypnotized into believing drugs are safe, and desirable. Tricking millions of women into thinking they need to take toxic hormonal birth control — while largely hiding the nature of its toxicity — is just one of the industry’s many con jobs. (Ocean’s Eleven would be jealous.) Welcome to the challenges of promoting Truth in a world that works hard to cover it up!

This is exactly what the Anti-Marketing Manifesto is all about…finding creative, effective ways to get your truth-based message out to the masses, even when the “Big Players” are doing their best to stifle your every move. Read and learn.

Michelle Lopez (ML) #1: What’s the big vision behind creating the documentary-in-production, Sweetening the Pill? In other words, why are you creating it?

Abby Epstein: Ricki and I have produced 6 documentaries since “The Business of Being Born,” and all have basically been in the childbirth space. We wanted to follow up with a film that explored a new area in women’s reproductive health. The idea of looking at birth control, fertility, and the growing activism around menstruation really appealed to us. Holly Grigg-Spall sent us an early galley of her book Sweetening the Pill and it inspired us to begin production on this documentary.

ML #2: Your Kickstarter campaign was successful. Not only did you reach your goal of raising $100,000 (donated by 1,750 backers) you exceeded it by an additional $19,884 — for a grand total of $119,884 to fund the production of Sweetening the Pill. Why do you think the campaign was so successful? What factors were involved in this success?

Epstein: Crowdfunding campaigns are really challenging. We know this from experience having also run a successful campaign for “More Business of Being Born” and our upcoming documentary “Weed the People.” With our Sweetening the Pill (STP) Kickstarter, we began to create a large network of ambassadors in the women’s hormonal and holistic health field about 6 months before launching the campaign. This was key in getting word out. But we truly did not know whether the project would be embraced and supported by so many backers. Luckily, we were correct in our instinct that there is a huge desire to have this film made. The campaign helped connect us to other funding and sponsorship partners, which was amazing.

ML #3: How much of a boost did Ricki Lake’s celebrity status provide, in terms of getting media exposure for your campaign? And what advice would you give to business owners who are not necessarily connected to any celebrities, if their goal is to build awareness around a certain campaign or mission?

Epstein: In the end, I’m actually not sure how much the celebrity status helps. These campaigns revolve around getting access to mailing lists. Direct email is the best way to attract backers. We have done campaigns in the past where Ricki appeared on a National TV show to promote a crowdfunding campaign and it didn’t move the needle one bit toward reaching our goal. I think the best advice is to connect to the community/audience for your project about 6-12 months in advance of the campaign launch and start to build your network.

[Related: Do you sell products through a home-based business? Are you looking for creative ways to ramp up your sales? See my “Sales Page Assessment” for a simple idea on how to get more money and sales fast.]

ML #4: When creating your Kickstarter campaign, what was your strategy? Did you start with a goal and work backwards? Did you hire consultants for help? (such as copywriters, marketers, etc.)?

Epstein: We did not hire any consultants on the STP campaign. Our only budget lines were a small fee for a graphic designer to design the page and a writer to help us write blog posts and online interviews. The whole campaign was completely volunteer and grassroots. We set our goal of $100K from the beginning as being the achievable and necessary amount to raise.

ML #5: What makes this documentary different from others on a similar topic?

Epstein: I haven’t really seen any films that focus on this particular topic, but if I am missing something — let me know!

ML #6: How are you currently getting attention for Sweetening the Pill (e.g., driving traffic to your websites)?

Epstein: We are not looking to publicize the film at all right now [as of March 2016], but we are starting to build an awareness and a community to support it through our Kickstarter base and some selected media, like this recent blog post we wrote for Alanis Morissette. We don’t have a Facebook page or Twitter account set up for the film, because the timing isn’t right yet. Holly does her own, separate social media and outreach around her book.

ML #7: What have been the biggest challenges in drawing awareness to Sweetening the Pill?

Epstein: Since we’re still in early stages of production, we have actually not focused on creating too much awareness about the project — other than the PR that we needed to do for the Kickstarter. Once the film is ready to be released, we will come up with a strategy but since we are still defining the content and message of the film, we don’t want to discuss the film publicly too much.

The challenges around having this conversation in the media are overwhelming. We’ve already had clips from the film rejected by major TV networks and websites because the content poses a conflict for their pharmaceutical advertisers.

There is also the challenge of getting feminist groups to understand that the film is not “anti-birth control” and the conversation we want to spark is one about true, informed choice and creating more options for women, not fewer.

ML #8: How can individuals support you in the making of this film? Is there a place to donate?

Epstein: You can partner with us by becoming a sponsor, donor, or investor – see http://www.rickiandabbyfilms.com/get-involved/ for more details.

Hi! I'm Michelle Lopez. I'm the author of the forthcoming book, The Anti-Marketing Manifesto: How to Sell Without Being a Sellout. With a degree in English/Creative Writing and a background as a copywriter, I help my clients create content that follows the MEI(S) principle: motivate, educate, inspire...and sell!

To be notified when my book is available, get on my email list! Subscribe here and you'll also get my free report, "10 Anti-Marketing Tips."